There are very few games for which I’ve developed the type of love-hate relationship that I did with Origami King. The original Paper Mario easily ranks in my top 10 favorite games of all time, so I was initially very excited when the reveal of Origami King appeared to be a move back toward the series’ roots. This turned out to be true in a number of ways I’ll delve into below. However, each new pre-release trailer that came out demonstrated that the producers are still very much intent on marking each new Paper Mario with some sort of battle system gimmick. Combine this with the fact that they’re apparently not even allowed to create new partners, bosses, or storyline characters based on others from within the Mario universe (as explained in this IGN article) and it’s pretty clear nobody should go into this or any other new Paper Mario title expecting the full magic that made the first two so fantastic.

I’ll start out discussing some of the elements I truly loved about Origami King. For the first time since Thousand Year Door, there is real unified overworld to explore; no level-select map or hub world. What’s really nice, too, is that there are plenty of shortcut options that allow for easy fast-travel when needed. It was often very fun to explore the charming world of Origami King, both to see all of the papercraft design and to interact with the characters that inhabit it. NPCs full of wit and humor have become a series staple (papercraft pun intended) and this entry shined. Exploring and engaging within the world was further motivated by the in-game trophies that could be earned for accomplishing certain feats. Earning most of these left me with a sense of fulfillment, while a few made me want to rage quit and drop playing all together.

I guess that leads me into a highlight of what drove me insane while playing this game. First and foremost: the latest battle system gimmick. Forcing a puzzle at the start of each and every encounter throughout an RPG adventure got old extremely fast, as did the breakable attack gear. Boss fights were simply the worst. There was no incentive to even engage in non-required battles since there’s no leveling system. The only reason I battled enemies was for the achievement that required me to do so. I couldn’t actually use the battle accessories meant to help, though, since there’s a hidden achievement earned for not utilizing an entire game mechanic. Along those lines, another major frustration for me was not earning the hidden achievement for no game overs because Origami King is riddled with instant death moments that spring up with little-to-no warning. Unfortunately, even hitting reset didn’t help here because it turns out the game pretty quickly autosaves in the background.

On the whole, I would probably still recommend giving Origami King a playthrough. Most of the gameplay outside of battling is fun and at times felt very reminiscent of the first two Paper Mario titles. The worlds were interesting to explore and the story had more depth than I’d felt since Super Paper Mario. My advice would be to not be as concerned with the achievements and simply play for pleasure. Just skip as many battles as possible in order to maximize enjoyment. 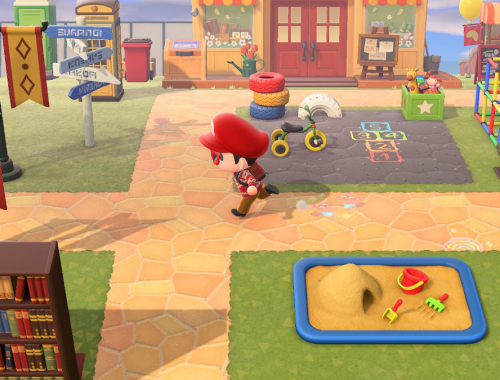